Tribal bags from turkey and persia 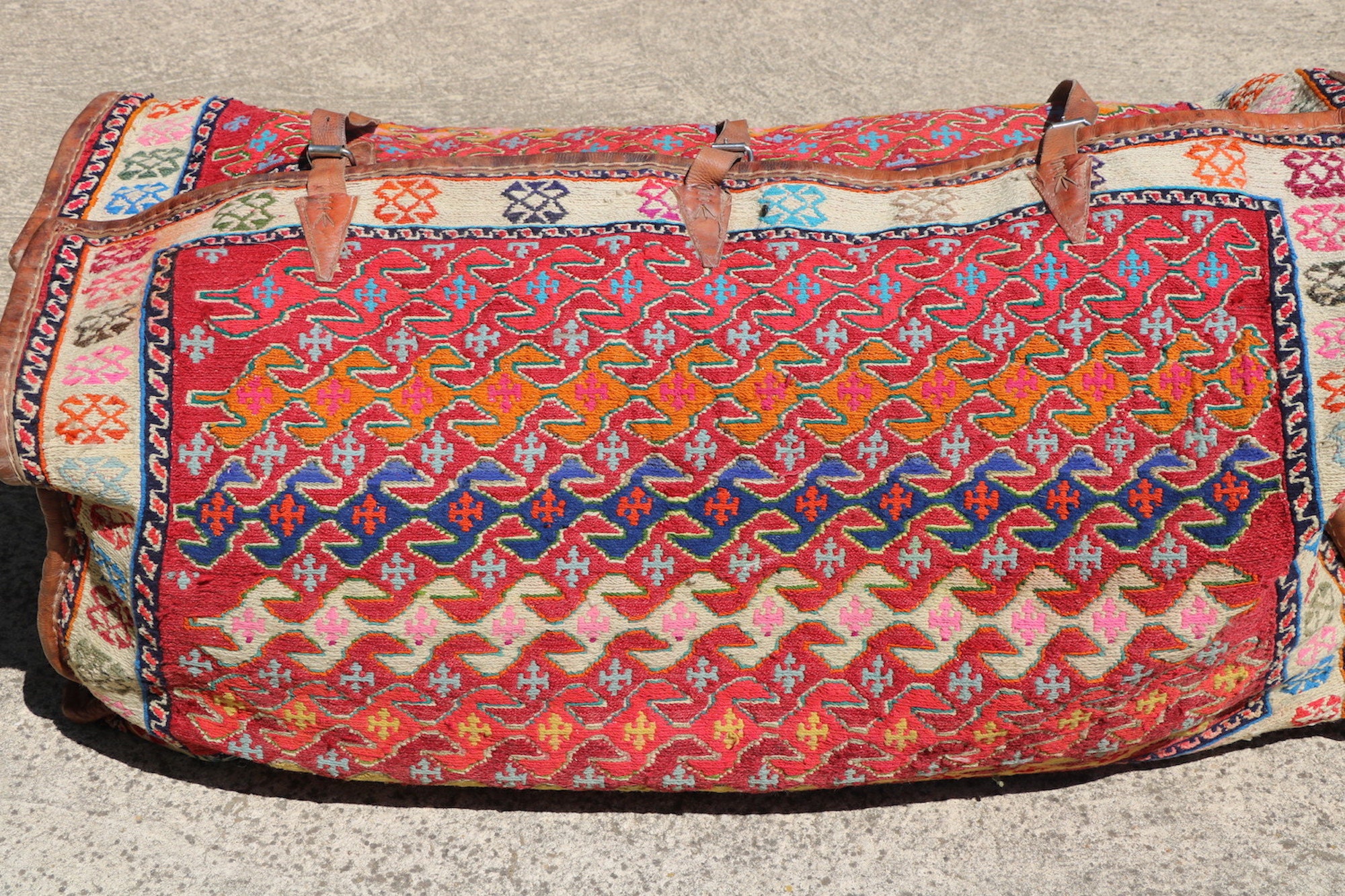 Villagers and nomads in Western and Central Asia made flat-woven saddlebags and storage bags used in daily life and as cargo bags during migration.

The bags with two decorated pouches are the saddlebags which were made in various sizes. The smallest was used on donkeys whilst the largest ones were used on horses and camels. The majority of them are brocaded or tapestry woven, with wool patterns on cotton or on wool. 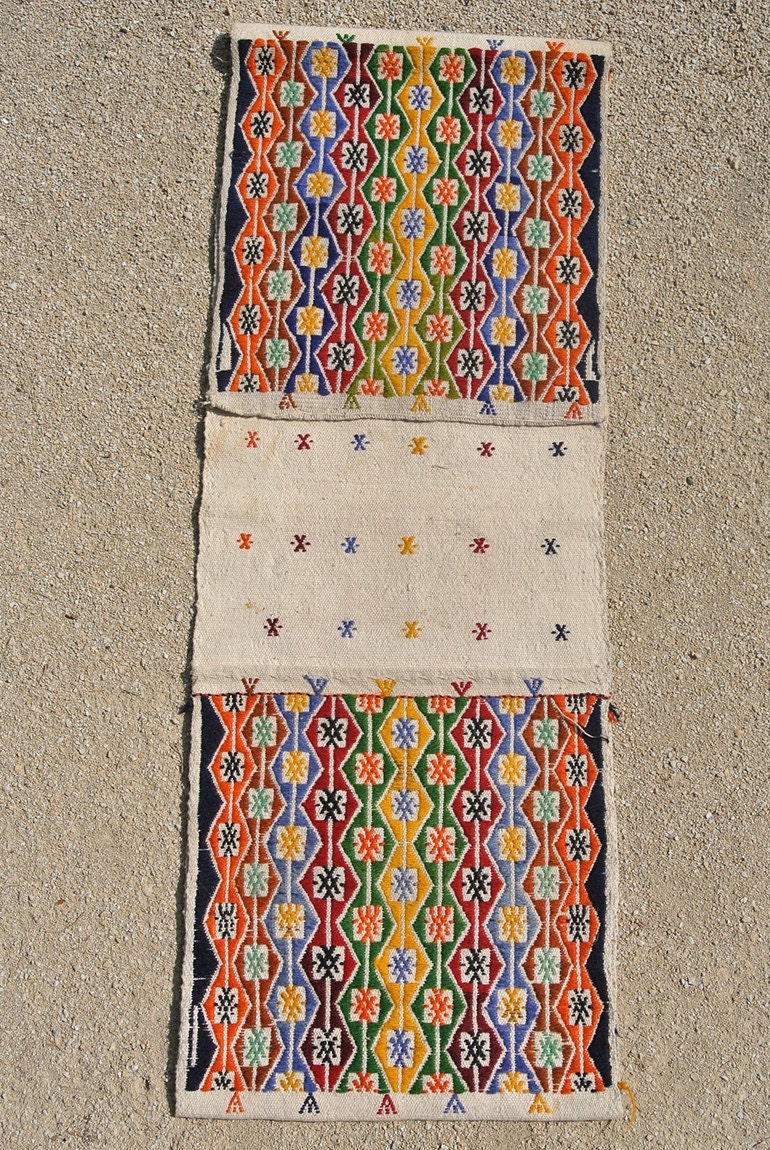 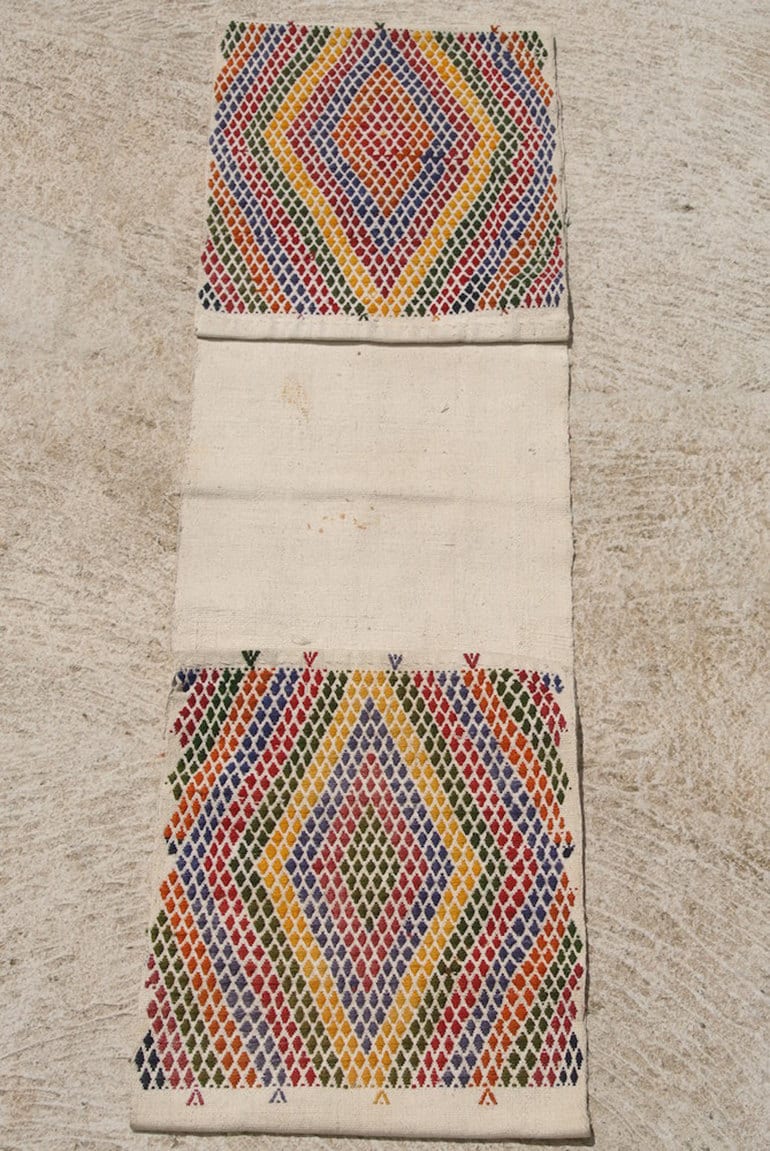 They are three-dimensional large storage and bedding rug bags hand made by nomads. They were typically made in pairs which could be balanced over the backs of camels during migration. 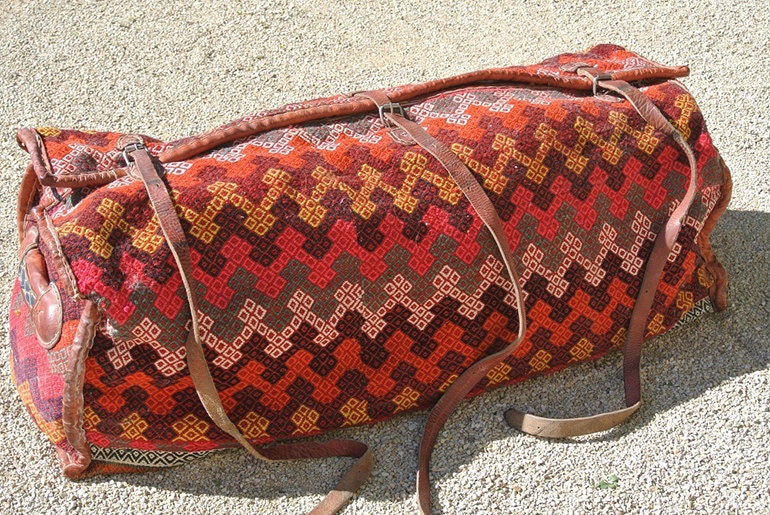 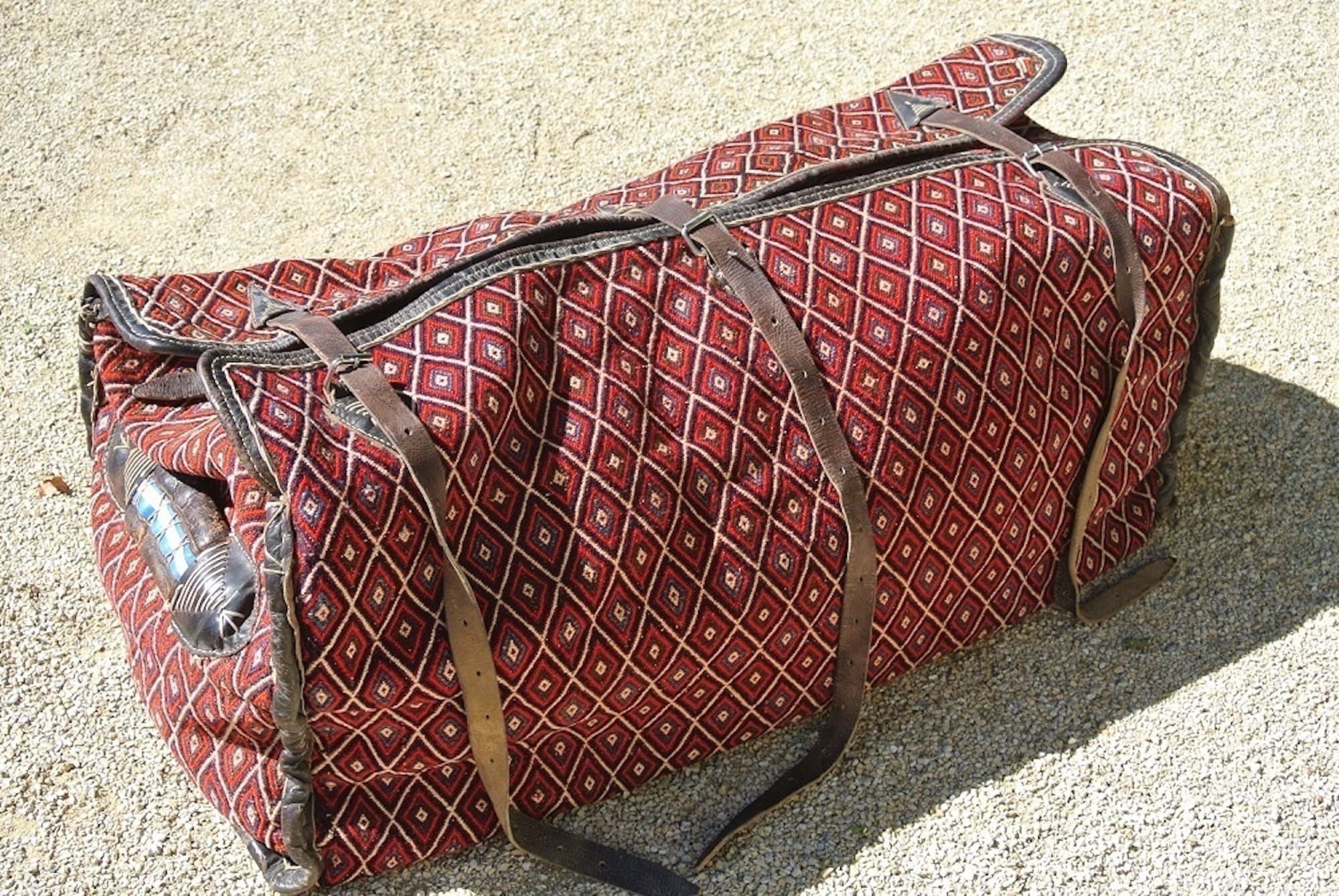 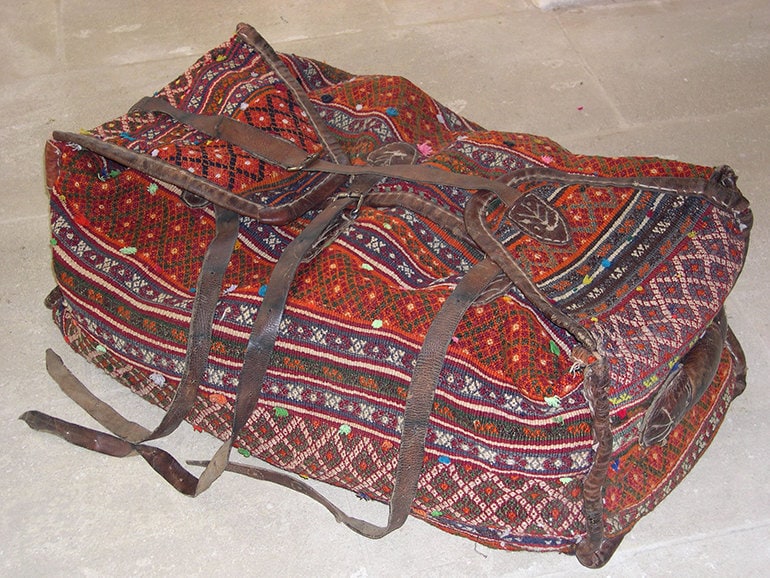 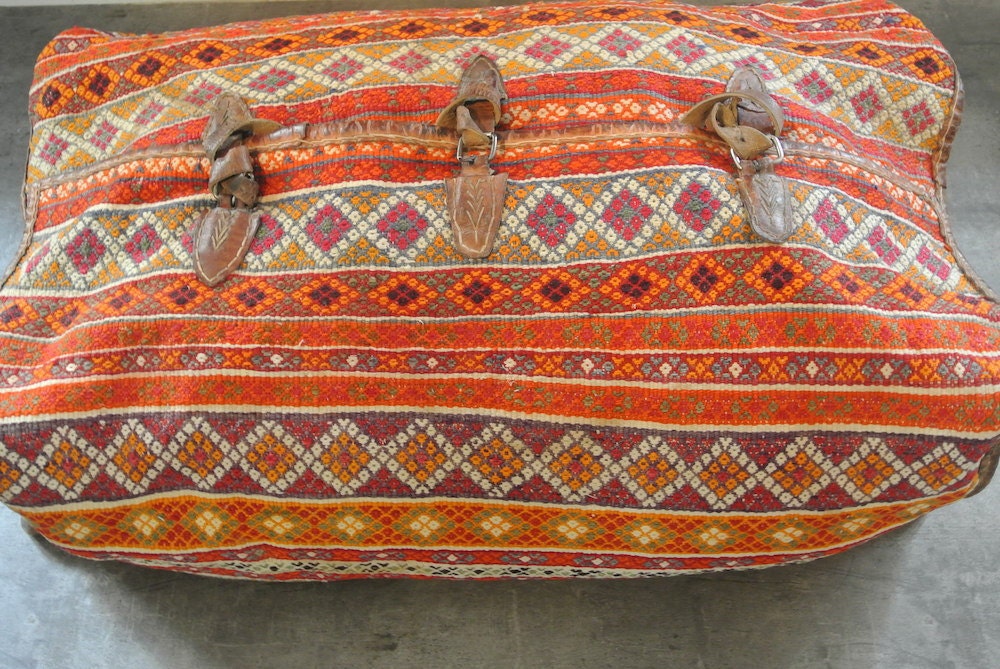 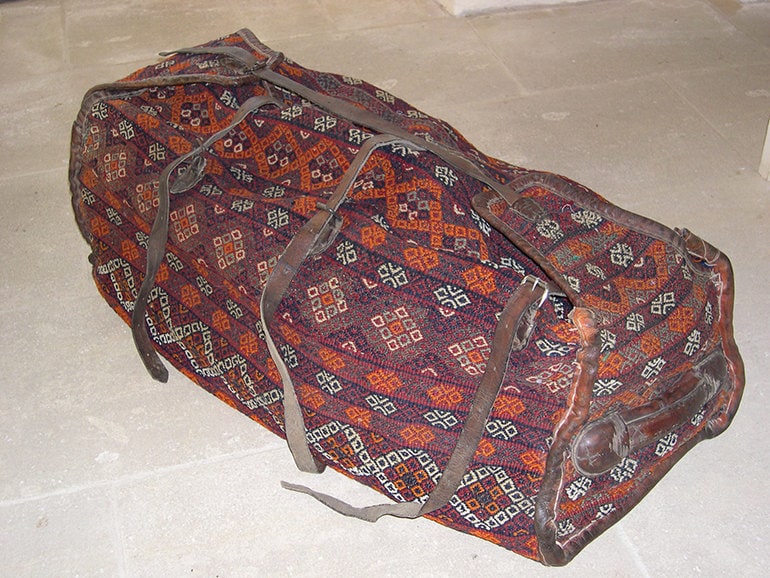 They were hand woven in three parts : a piece including the two decorated side panels with a central part which would make the bottom of the bag and two ends’ panels woven separately. Then the three parts were assembled together and reinforced with strong leather bands.

Most of them had intricately colourful designs woven in two main flat woven techniques : plain weave and sumak. The bottom was often plain woven in striped and other motifs not same as the other parts. 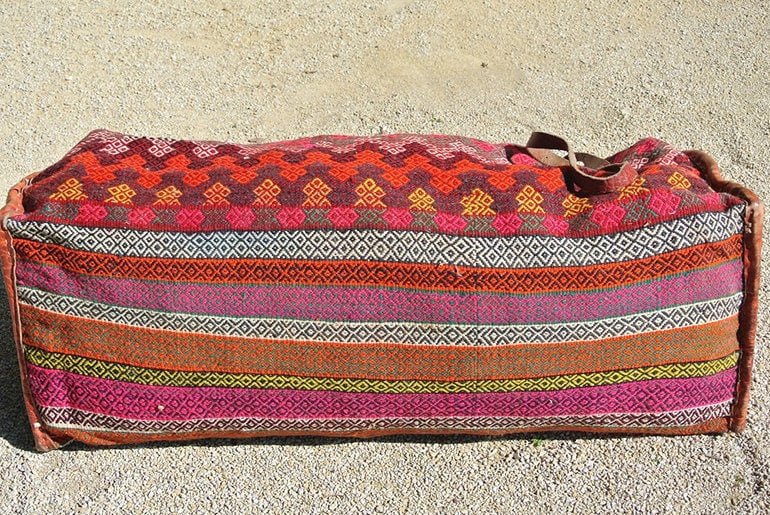 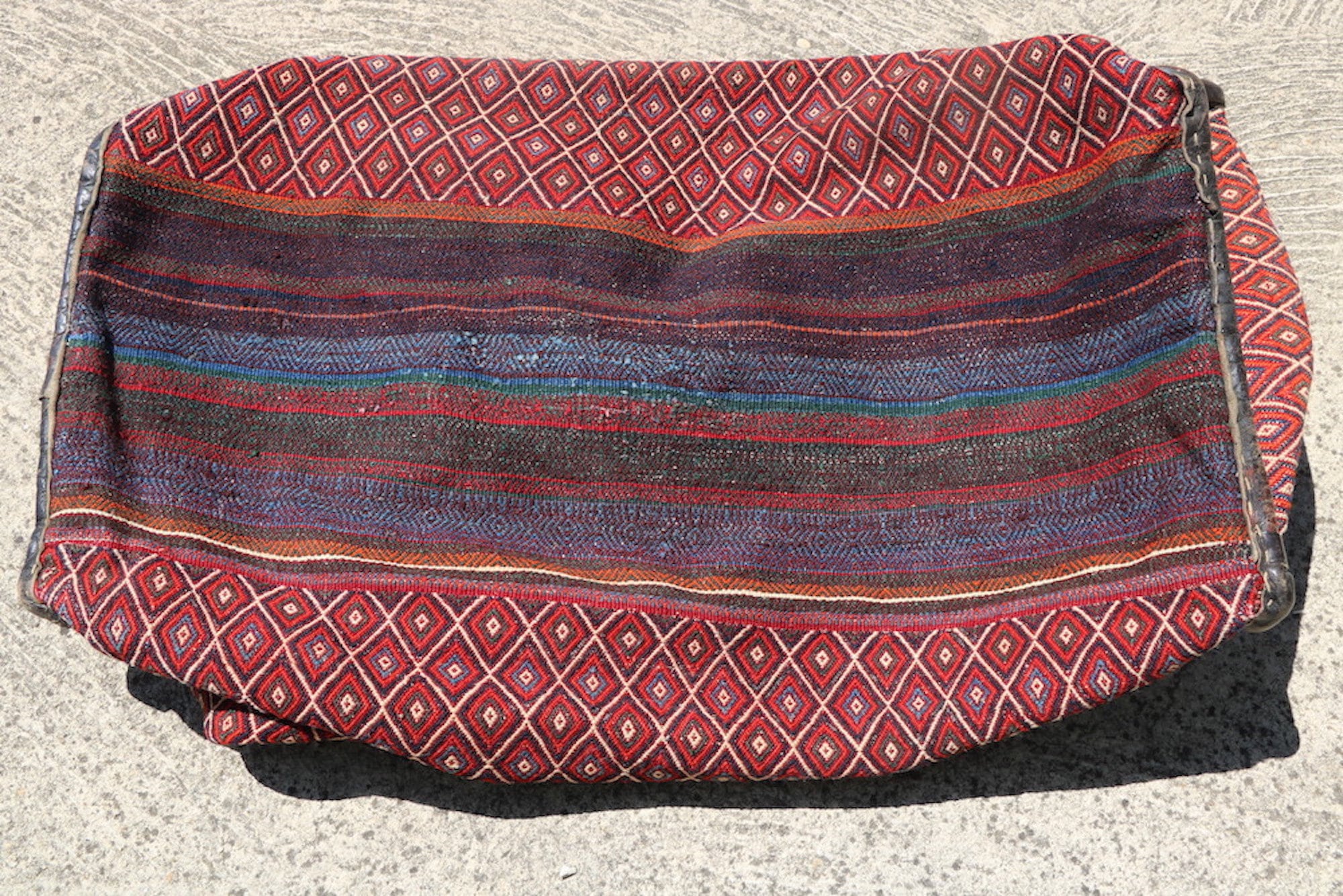 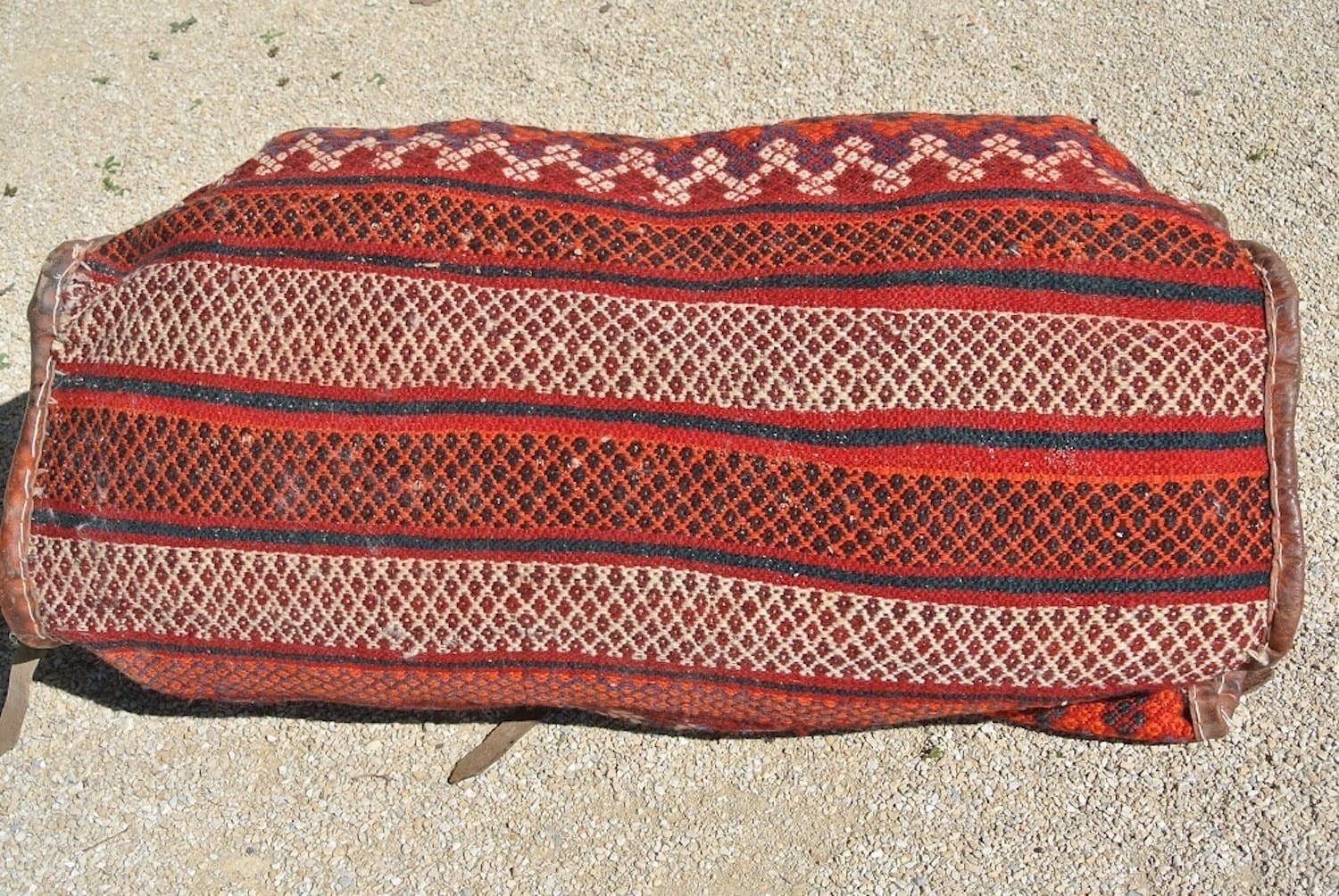 On the top of the mafrash, there are traditionally three leather straps to close the bag and two massive handmade leather handles. 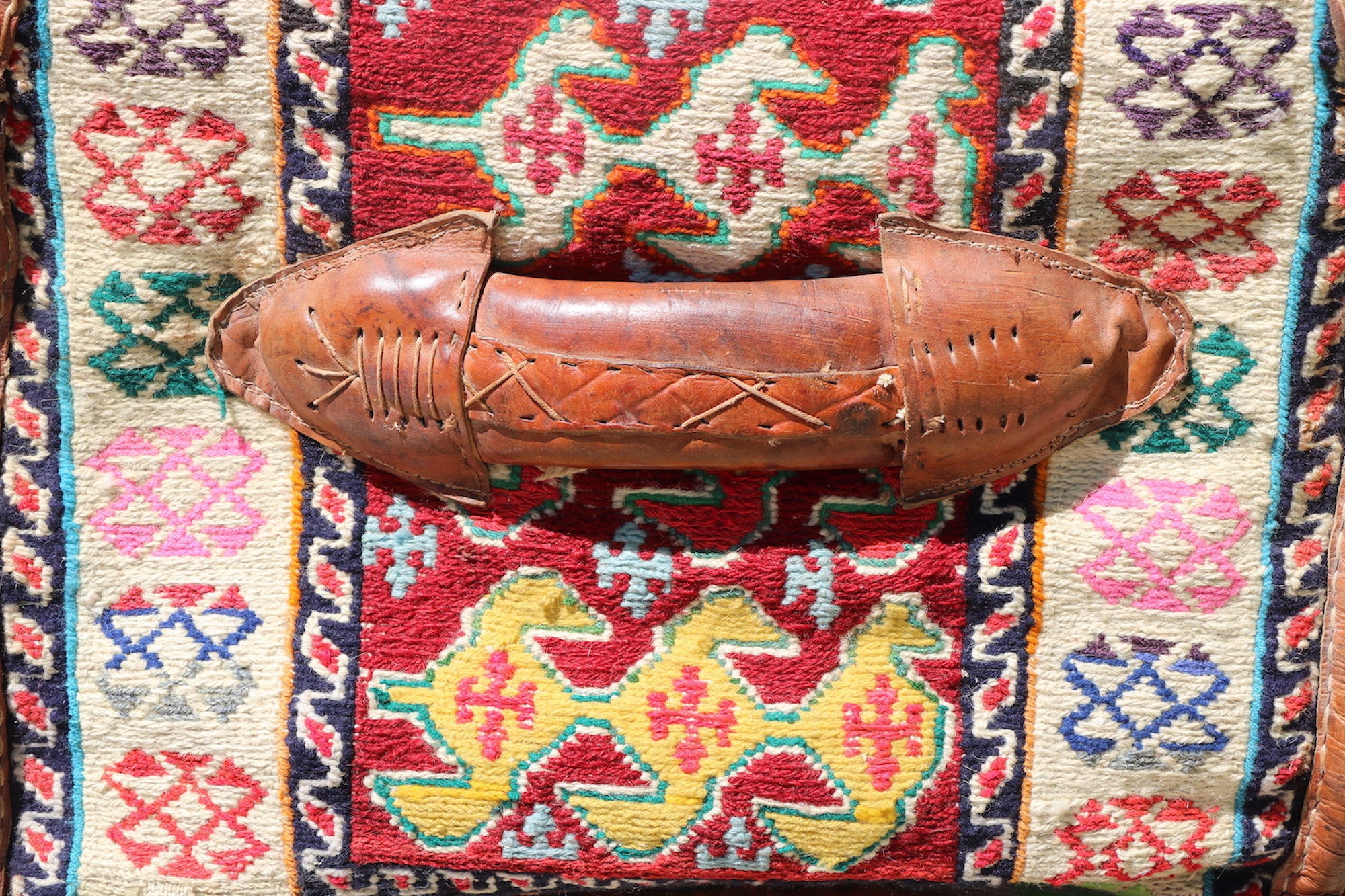 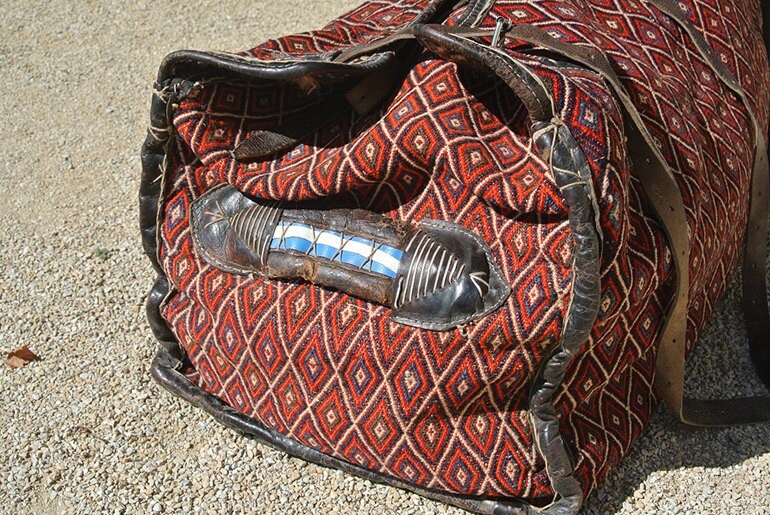 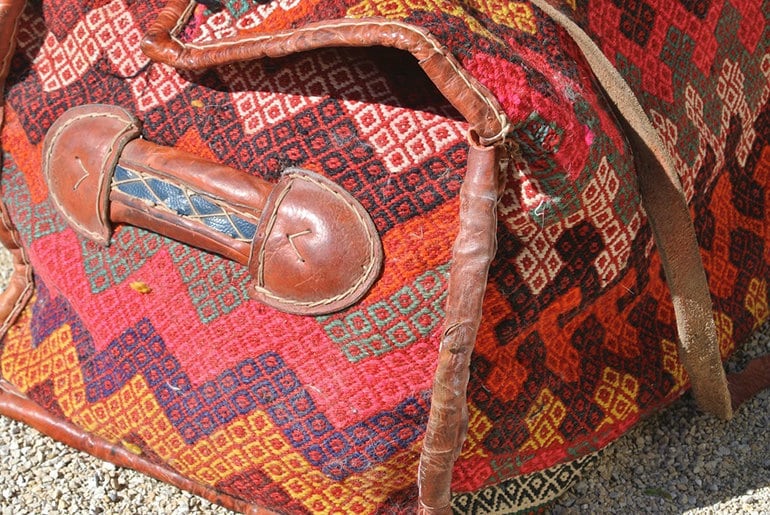 These bags were used by nomads for transporting goods, bedding, blankets, carpets …while on migration and as storage containers in the yurt.

Storage sacks, ala çuval from Middle Eastern and Central Asia

These sacks are simple, plain woven, utilitarian bags for day-to- day life made of wool or cotton.

There are two kinds of ala çuval : One features a decorated front with horizontal brocaded bands and a back with simpler bands. 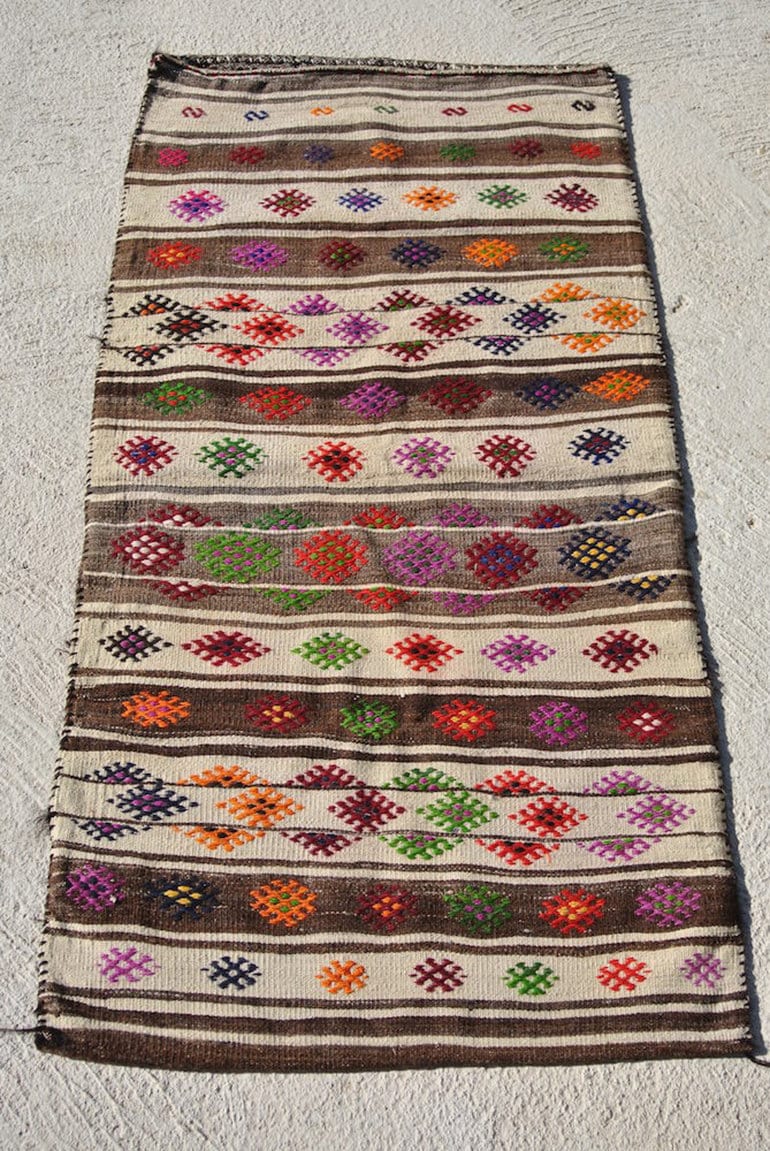 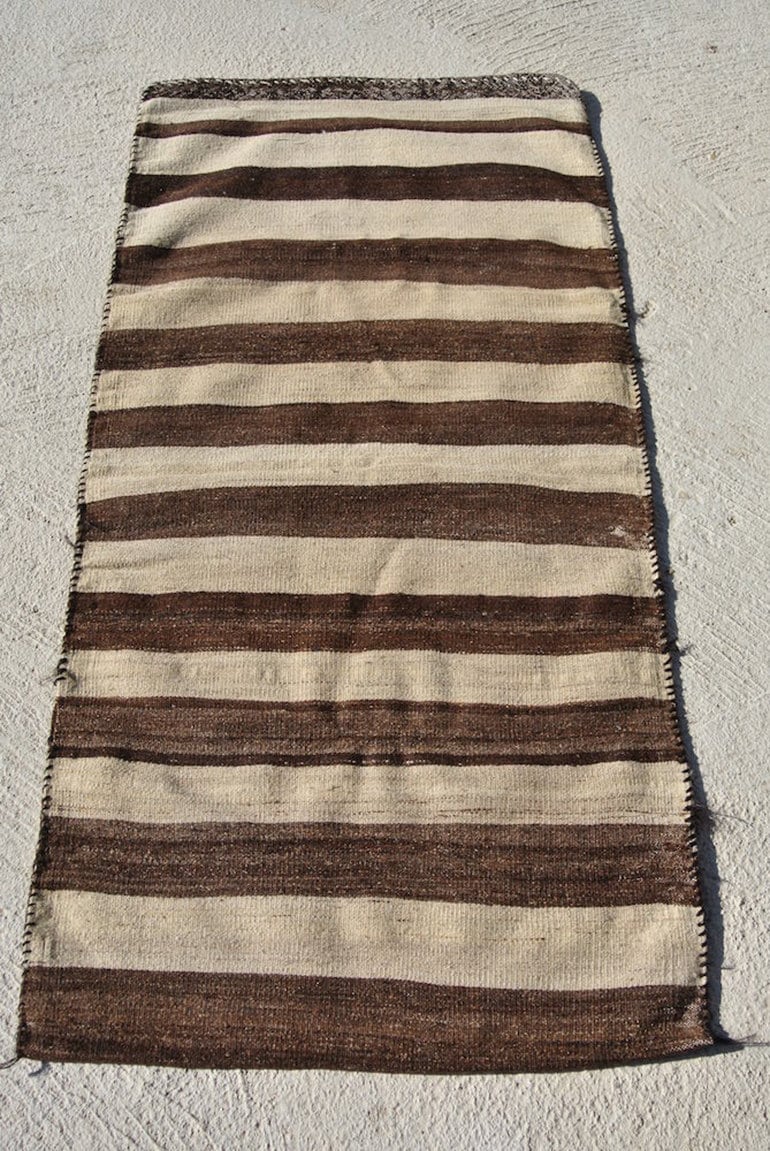 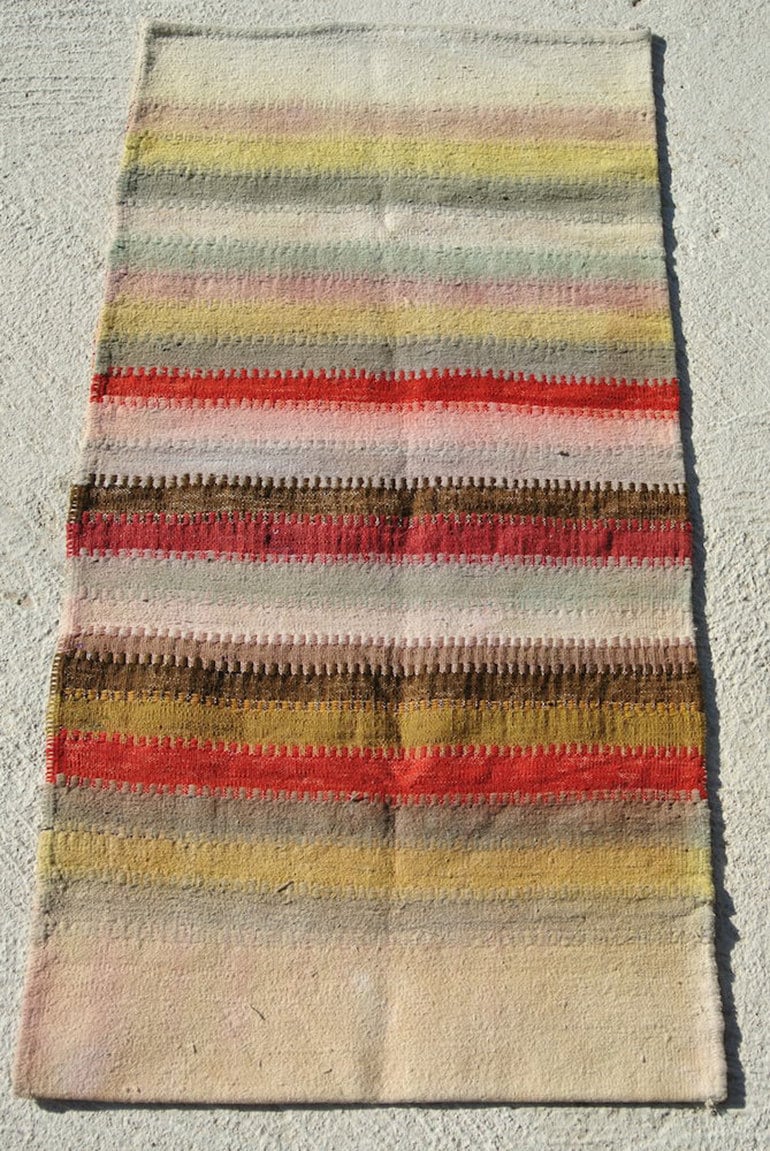 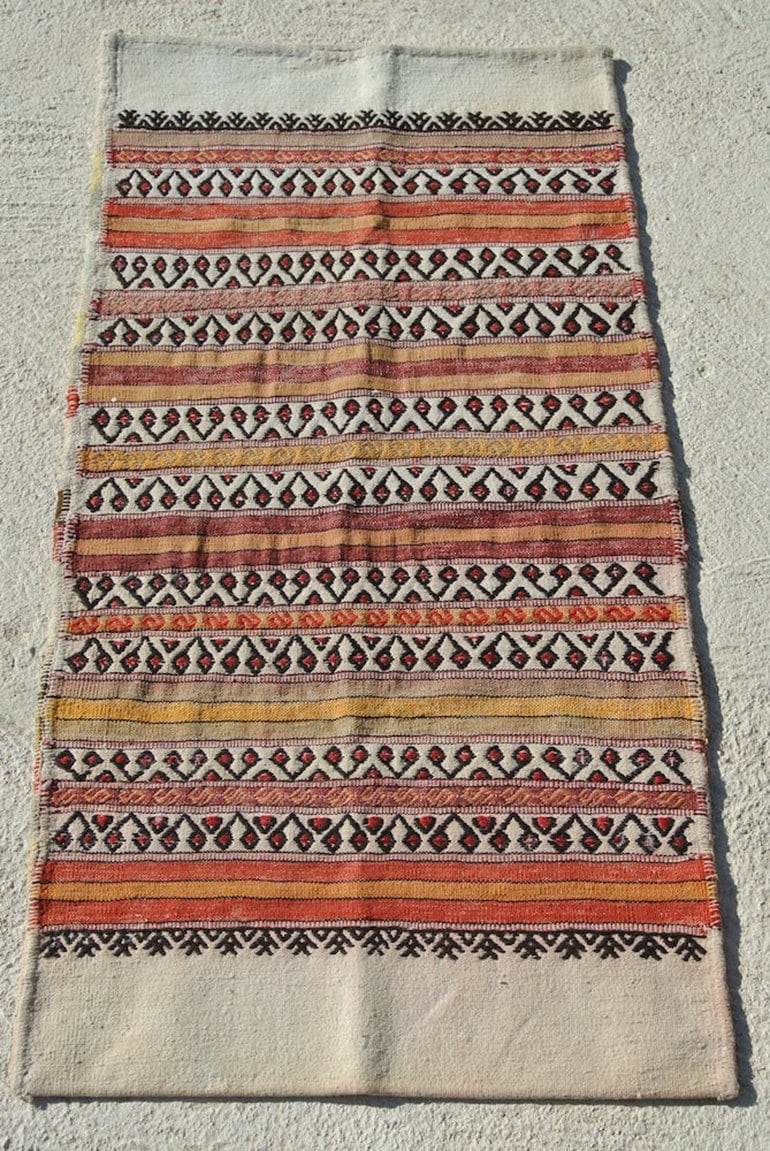 They used to be woven in one single piece, folded and stitched on the two sides. Some of them have card woven straps sewn onto the sides which were used as handles. 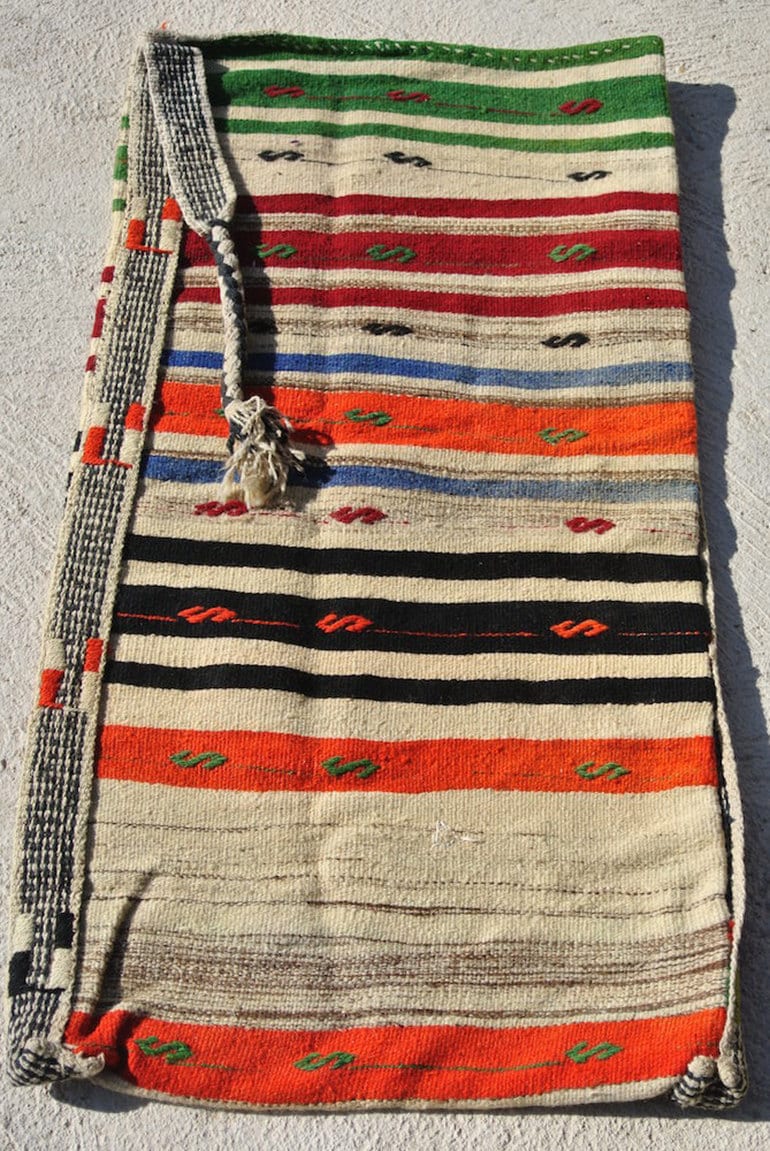 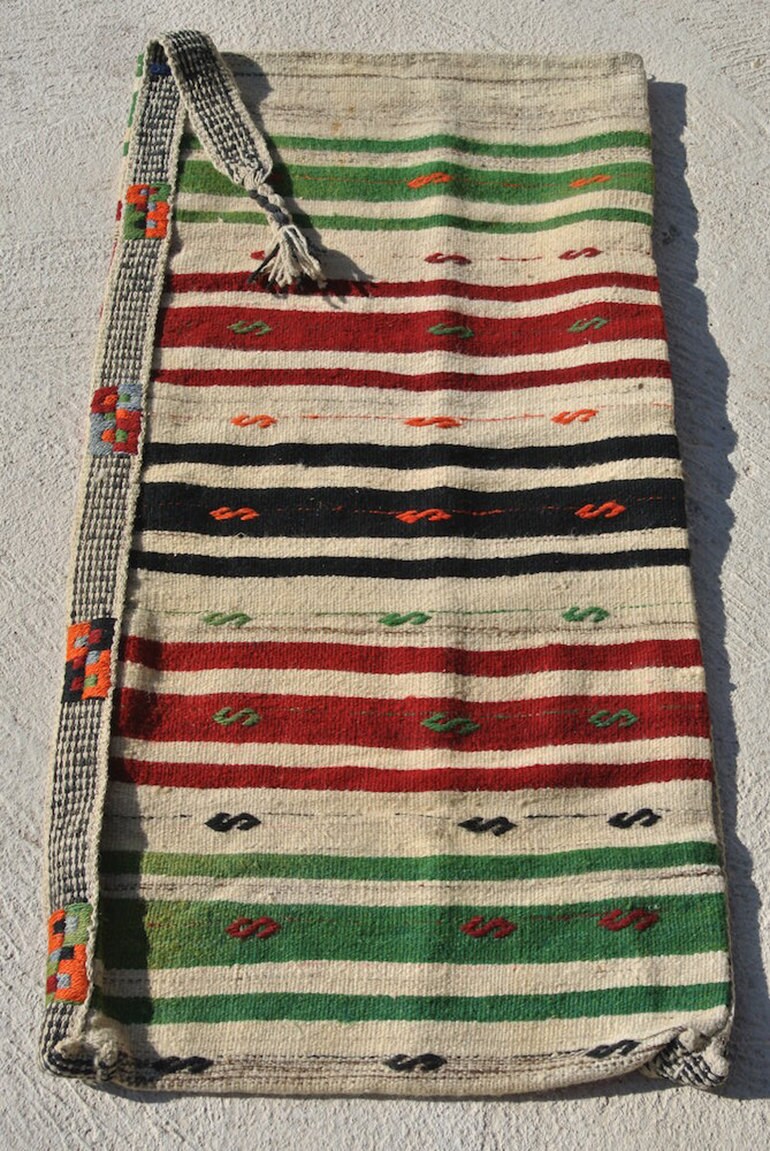 Often called “grain sacks” (made to storage grains), they are mostly used for clothing and other possessions.

The other kind is a large and flat-woven piece with series of plain stripes (or not) on each side of two fully decorated panels in the centre, the two ends stitched together to form a tube and stitched across the bottom. 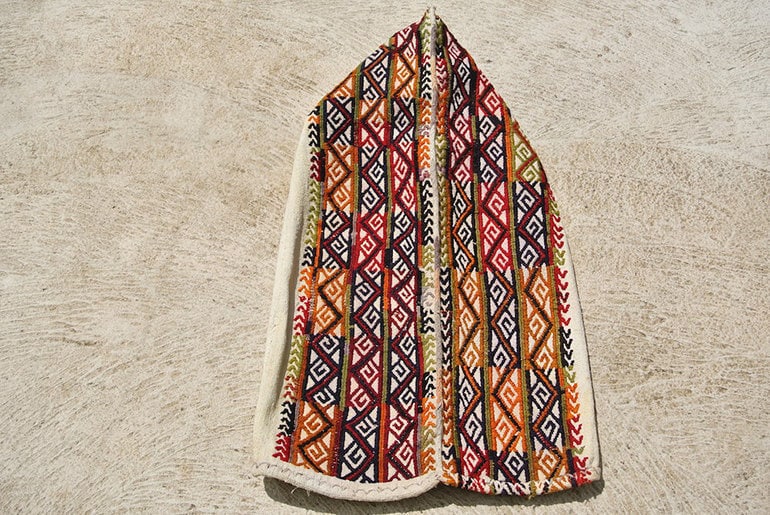 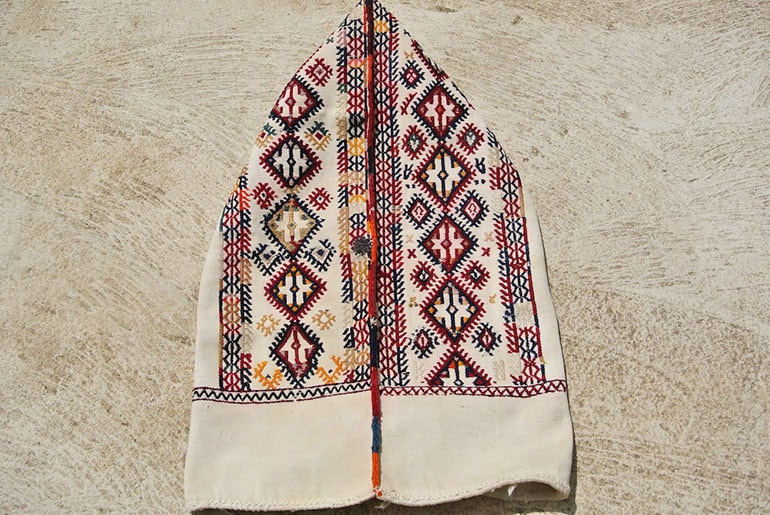 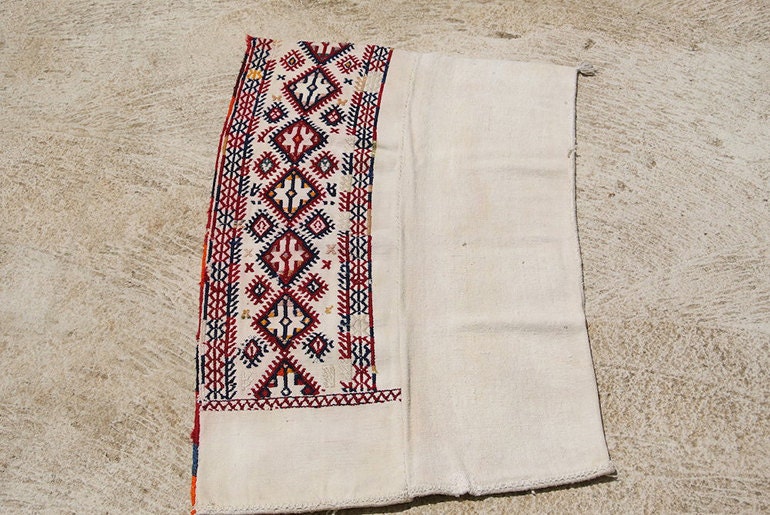 In this way one decorated panel appears on the front and back of the bag and the stripes are vertical. Some have often been opened as they came from the loom and used as a floor rug. 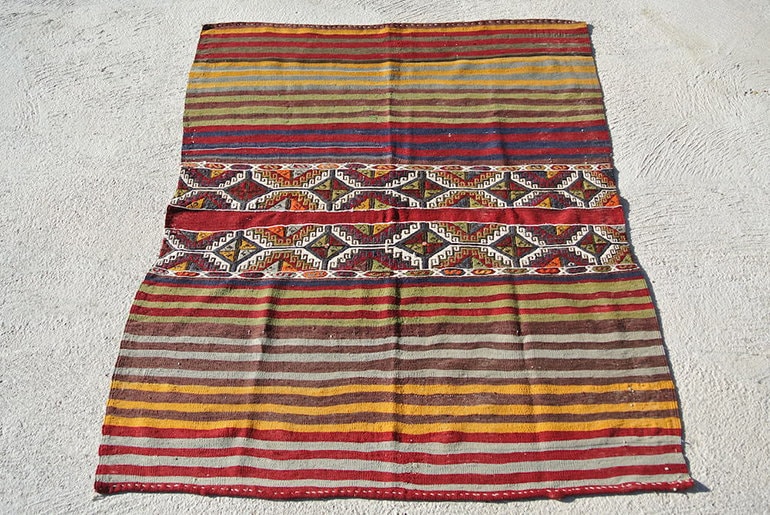